The speaker Paul Whitehead was part of the previous event. To review the most recent speakers list, click here.
View All Speakers 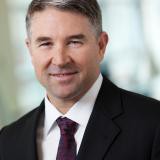 Mr. Whitehead’s service with the firm dates back to1996, including his years with Barclays Global Investors (BGI), which merged with BlackRock in 2009. Prior to assuming his current role, Mr. Whitehead was Head of Americas Equity Trading. Previously, he managed the trading team responsible for all Institutional Index funds, Exchange Traded funds, and Transition Management mandates. Mr. Whitehead represents BlackRock on the board of Luminex, a buy-side owned Alternative Trading System launched in 2015. Mr. Whitehead earned a BS degree in Economics at the University of Colorado in 1993.

Check out the incredible speaker line-up to see who will be joining Paul .

*Processing your payment may take a moment. Please click submit payment only once, and do not refresh this page. Doing so may result in your credit card being charged more than once.

We use cookies and similar technologies to recognize your visits and preferences, as well as to measure the effectiveness of campaigns and analyze traffic.
To learn more about cookies, including how to disable them, view our Cookie Policy